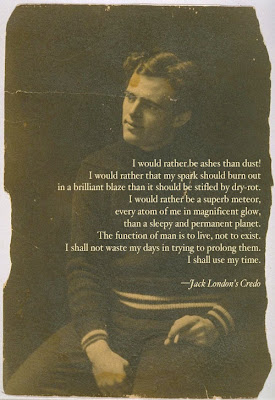 Winds were her best friends

The other day, someone Dee gave me these words and asked if I could write something. Here is what I came up with. Inspired by Murakami's 1Q84. If you want to help me get over my writer's block and give me something to write about, do lemme know.

Funny thing about this working women's hostel is that no one knows how you get a place for yourself if you aren't staying here already. Most of the occupants have been here since they can remember and no one seemed inclined to leave. Called The Windchimes, the building was an old, yet solid structure that at one point in time was a hotel for state guests of the British Empire. And as a result, all rooms were large by Mumbai standards and were very comfortable. Each room had almost the same set of furnishing. A double sized bed flush to the wall, a closet to the left of the bed, a writing table and a chair between the bed and the closet. Ofcourse each occupant had given their respective personalities to their temporary abodes, by adding knick-knacks and furnishings. So each room looked familiar and yet aloof. Apart from this, the rooms and the hostel were pretty boring, except the rooms had attached bathrooms, no windows but came with individual balconies.

These balconies, alcoves couldn't be larger than 3 feet in width and yet they were considered luxury at a place like Mumbai where every inch of space is reclaimed and becomes fodder for life. But then, these balconies, these expensive alcoves were mostly wasted at Windchimes. Most of these were used to merely dry clothes and condiments. Except the corner one on the 4th floor, facing the intersection. The one with white chiffon curtains, slightly larger than required, that fluttered with the winds as if a large bird was trapped in the room and is trying to fly away with the entire house. This was ofcourse Dee's room. She was a writer of some sort and had been here since last three years. And if word on the street is to be believed, she would have spent most part of those three years sitting on the balcony amidst those flowing curtains and staring at the distant sea. She was like a permanent fixture on the balcony, always hunched on a chair, eyes fixed at some remote point on the horizon.

Dee’s room, her balcony, looked down on the intersection of Henry Road and Boman Behram Marg. Though this was stone’s throw away from the Gateway of India and the famous Taj Mahal hotel, this was not a very busy intersection. Most of the traffic consisted of two wheelers and pedestrians. Diagonally across Dee’s room, there was my kiosk, a hole in the wall actually, that sold tea in the morning to health conscious people going for their morning walks, snacks in the afternoon to children when they left from the Holy Name High School next to Windchimes and cigarettes in the evening to young men who would gather outside Windchimes, hoping to catch sight of their favorite one staying at Windchimes. Of course most women did not use the balconies and hence the “sightings” were pretty rare. Except for my be Dee. She was on her gallery all the time and yet nobody looked in her direction. Not that she was not attractive, in fact she presented a very imposing sight with the long chiffon curtains behind her and stark contrast of her long black shiny hair all over her face but guess she was too easily available and hence most men were probably not interested in the game!

Not just men but Dee somehow dint really have any great friends at Windchimes. She generally kept to herself and most of her interactions with other occupants were on a strict need basis. The house had a common mess and that fixed time at which they served meals. This made it necessary for every occupant to come down, have their meals together and engage in idle banter. Even on these occasions Dee kept to herself and barely spoke. When she did, it wasn’t really a social comment or a dope of gossip but a functional comment, like, “could you please pass on ketchup” or something to that effect. She was not unfriendly and in fact was a very pleasant company. When you spoke to her, she heard it all with rapt attention and made you feel like the most important person in the world. She would nod at the right places, laugh at every point where you expected laughter and removed all traces of happiness from her face when you expected someone to be sympathetic to what you were saying. She was great like that. Just that she was incapable of making any small talk.

She, unlike other people, did not have the innate need to make friends. It’s as if winds were her best friends. She could sit for hours on her balcony and revel in the company of cool winds that came from the ocean. For her it was like a process of purification where apparently the winds carried love letters from her lover who’s gone to the sea and she’s longing for him to come back. Just like Mercedes, the beloved of Edmond (Dantes). If not for the long lost lover then maybe all she wanted from life was to grow wings somehow and then fly away. Fly to that unknown Promised Land that every one of us keeps chasing throughout our lives. And since she trusted the wind as if it was an extension of her body that she could control, she could very well go on that voyage that only a few lucky ones of us get to even think about. All it would take for her is a leap out of her window, along with those oversized curtains, her long hair, and her best friends, the wind!

And this is exactly why I think I am extremely lucky to have ended up with her. She had always mesmerized me. The sight of her on her balcony was like a fairy perched up high on the roof, waiting to come down and take me her arms and make me forget all the hardships I have endured over the years. Ofcourse, there was no way for me to break ice with her. She rarely gave any attention to men and I could count on my fingers, all the times she stepped out. But since I had the advantage of owning the store bang opposite her balcony, I had a rings side view of her life. And all the men gathered at my shop anyways dint show any interest in her, may be that helped because God knows there are far more eligible men for someone like her. So every time she stepped out, I secretly hoped that she would come to me and order some tea or something. Tea, for us Indians has always been a social engagement and an ice breaker. The first we did speak, she was being dragged, I could see against her wishes, by some other girl from the hostel because the other girl had to meet a guy!

Of course, now, it all looks like a dream. Call it luck, call it fate, call it destiny, somehow we have ended up together and I couldn’t have been happier. Dee is every bit of fairy that I had imagined her to be. Probably better. As I write these lines, Dee is still hunched onto a barstool on a make shift restaurant at this otherwise secluded beach, her elbows resting on the table, one hand cupping her face, other holding onto mine with a fierce grip. At times I wonder how her frail and tiny body could have such a firm grip, like she’d not get me go, ever. Like that line from that famous John Denver song where they are talking about holding each other and never let go. I look at her hands and her serene face that is betraying her by showing off just a hint of a smile. I know she is happy. I know I am happy. I know we are happy together. We have come a long way from that intersection of Henry Road and Boman Behram Marg.

And the best part, she is doing what she loves doing the most - staring at the ocean, letting the winds play with her hair that have grown even longer since she moved out of Windchimes. Just that, this time, her secret is shared by two people. I, and the winds, that were her best friends. Indeed.
Posted on Saturday, March 16, 2013 No comments: Links to this post