There is this Lucky Ali movie - Sur (wiki). I havent seen it but I know of the plot (thanks to this song). Then there is THE Whiplash.

While the two movies appear different, I think there is a common theme. That of this maverick who is on the lookout of someone that could take the legacy of the maverick ahead. Of course this is not exactly that either movie stands for but let me take that as the initiating thread. Maverick. Searching for someone to lead the legacy. Someone who's inherently talented but needs some bit of polishing. Lemme pause here for a second. Will come back.

So, the thing is, I am no maverick and I am not sure if I can help shave off the edges but I think I am pretty ok in terms of brains and capability (though I have nothing to show for it). Lemme call this Thread A.

Thread B is that out of three things that I want to do in life (by Jan 1, 2026), one is impacting a billion lives. And while impacts could be tough to quantify,  I'd love if impact is so big, so huge that they are 10x better as a result of my intervention. And no, I dont mean to play no God. No, I am not chasing immortality. And no, I dont know how to go about it. But I do realise that thats what I want! And I want it bad. Bad like B-A-D.

Now I understand that I may not improve things at the 10X level for everyone. But if I could do a 10000X for some, I'd be happy. Think of Mickey Goldmill. Who worked with a nobody and made a Rocky outta him. What if I could be the Mickey Goldmill to a few? Work with them, enable them to be so good that the entire world recognizes their talent. 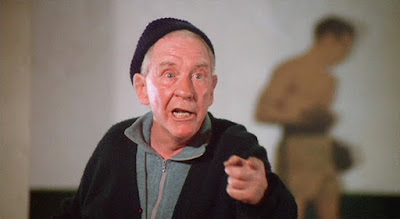 Of course all this assumes that I have what it takes to be the coach, a mentor, a guide, a someone that nudges you to be a better version of who you are. Or, like conventional wisdom says, you must have done better yourself and you must know what it takes to carve a raw stone into a diamond. Like Lucky Ali in Sur, like I-dont-know-his-name in Whiplash. Which I am not. So thats a problem as well. Lets call this C.

So, if I club A, B and C, one of the things that I MUST do in life is to be a mentor. A coach. And even though I may not be the best, I need to still learn and be one.

So, I try hard to be one. Everyone I meet, irrespective of their age or the place where they are at, I try and see possibilities (what makes me think that I can spot talent better than the people themselves or others in their respective lives? Nothing. Blind faith in self. Or overconfidence ;)). Some days I get lucky when I nudge some people. Those days are among the happiest days of my life. All the Serotonin that I've ever had in my life comes rushing into my head! 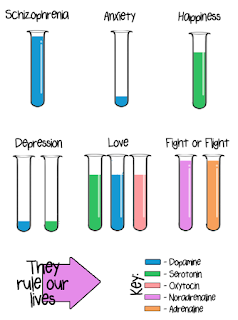 And all was hunky dory.

Till... Lol! Took me so many words, thoughts to come to the point. Sigh. Mr. Garg needs to work on brevity.

Till... some days back, someone brought something to my notice. And while I want to dismiss it, it has stayed with me and I want to vomit the feelings out and not think about them again.

She said that while I love to "interrupt" regular lives of people and nudge them to do things that I think they ought to be doing, the person on the other end may not appreciate my interruptions. And since I come across as a pushy man, they often do not have the balls to voice their rejection. And as a result, rather than helping people, I end up hurting them. Rather than shaving off the rough edges, I break the damn rock.

But... but... I believe that the road to greatness is paved with sacrifices and practise and it is definitely starts beyond your comfort zone. And as someone who's been gifted with talent and brains and other things, its your moral responsibility to go chase greatness. Its a debt that you owe to the Universe. You HAVE to push hard and go achieve that greatness.

Why? Because with each shot at greatness, you would create something new. You will push limits. And in the process inspire others. If my mere nudge breaks you, may be you dont have the gift that I thought you had? It is unfair that I break someone who I thought had the gift. But if in the process of discovering the next big thing, I have had to do some collateral damage, I think I am ok with it!

And no, when I say these things, I dont think of people as objects. I think of them as conduits of doing the impossible. It is people that proved that Earth wasnt flat. We discovered the fire, invented the Internet and sent a man on Moon. We will go on to do amazing things and each of these things will get initiated by us humans. And the ones that were gifted and polished their gifts.

Yeah! I think this is what defines how I look at things. I think the Whiplash guy got it right. Ignore the ego, ignore the rude behaviour and all that. Its people like him, who I think bring the best out of the ones who deserve to be the best. I wish I had someone like that to egg me on. Someone to throw a Cymbal at me!

Phew! Now that I've put this out there for whoever to read, I AM lighter. Thank you, Universe. And for all those who need someone to push them, nudge them, polish them, I am on septemberthe22nd AT gmail.com. Lets do this.