All my life, ever since I can remember, I have hated the color pink. Especially when someone wears it. It could be pants, socks, hats, teeshirts, shirts, gloves, undies, anything, the colour pink sucks. It’s the most inhuman color to have happened to us humans. My hatred for the colour pink is well documented. I have gone on record and have even publicly humiliated friends and strangers who have dared to wear pink in front of me.

Well, who would have known that someday I would end up buying a pink shirt. I was window shopping with a couple of friends today evening when we casually walked into a Fabindia store. For some reason they dint have anything in my size, except a pink shirt. Since both my friends were trying stuff, I was bored and went ahead and put on the pink shirt. And rest, as they say is history.

When I tried it, I felt as if it has been crafted specially for me. I fit so well into it. I have the weirdest structure that the humankind has ever seen and yet the pink shirt fit like an old glove. It was so comfortable that I could have died in it. It felt like second skin.

I was skeptical about it but then I thought what the heck and I just bought it. And since I haven’t worn it with friends as yet, the jury is still out, but yes, I am a proud owner of a pink shirt.
Posted on Saturday, June 30, 2012 No comments:

Email ThisBlogThis!Share to TwitterShare to FacebookShare to Pinterest
Filed Under: FabIndia, Fashion, Pink

Every year, for last few years, I have been trying to cook up a novel way to wish you. This year I have been lazy and have just this blog post to show for my love. I know you'd understand.

Have a great day and a wonderful year ahead.

Email ThisBlogThis!Share to TwitterShare to FacebookShare to Pinterest
Filed Under: Friends, pd29june, Personal

The Count of Monte Cristo

For the last week of so, I have been having strange dreams. One day I woke up trying to console Mercedes that Edward will come back, sooner than later and all would be well. The other day, I thought I was in the grotto at the island of Monte Cristo. And yesterday, I thought I saw the confrontation between Mercedes and Edward where Mercedes pleads to Edward to spare Albert's life.

I mean I have read The Count of Monte Cristo atleast twice before this reading but I dont recall seeing the characters and incidents in my dreams. May be this time, while I am reading it, I am mature enough to comprehend the meaning and I actually understand what is it to be in love. I also understand the true meaning of longing. Ofcourse I dont really have any enemies that would have hastened the process of my separation with my love but I feel what the Count must have felt (had he been a real guy). The way Count plans his revenge on his enemies and the way its executed, I get goosebumps at the mastery. There are times when I actually want to believe in the existence of God and providence!

Coming back, its been more than a week that I have been reading it (I am reading the unabridged version) and its on my mind all the damn time. I have wished, countless times during the reading that there was a time machine and I could actually go back and speak with the Count and learn from him. Alexandar Dumas must have been God himself to have created such an epic body of work. Every character, every part of the story, every incident is just perfect. There is nothing that I would want to take away from the narrative and there is nothing I could add to make it better. Its no secret that I want to be a writer (the blog is an endeavor in that direction) and the day I think I can create something as complex and as interesting as the Count of Monte Cristo, I would have justified my existence.

And just in case you are not yet mesmerized by the Count, check out this character relationship map!
Posted on Tuesday, June 19, 2012 No comments:

Email ThisBlogThis!Share to TwitterShare to FacebookShare to Pinterest
Filed Under: Books, The Count of Monte Cristo

What if you lose your passport? 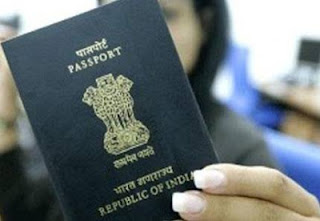 So this friend went on a road trip to France and Spain and while on the road, he lost his passport. Ofcourse he had two options. One was to get panicked and run from pillar to post. The other was to figure out the way to get it resolved.
So if you are abroad and you lose your passport, you need to do the following.

And that’s about it. Losing a passport is a very common thing and happens to a lot of people. If you DO lose your passport, its not the end of the world (unless you tear it away yourself and you are seeking refuge :D). Just follow these 5 things and you are sorted. And if you do come back, please get me some postcards!

At the cost of repetition, here is a checklist before you head out to a new country for a road trip.

The Angry (and not so) Young Man 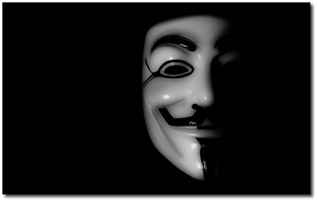 Without the formality of an introduction (or a beginning), let me dive straight into the heart of the issue. At this instant, I am a very very angry man. Here is why.

I live in a lower middle class locality of the capital city of a developing nation. And as a result, there are a plenty of problems - high density of population, bad traffic, lawlessness, petty crimes, broken roads, lazy officials etc. But then, I have had the privilege of getting really good education (private schools, bachelors in computer science and a MBA from one of the best colleges in India) and my job takes me to places that I can never afford, even if I was paid a bomb. As a result, I know how amazing life could be. Things could actually be perfect and there could be an Utopian world where everything is in order and you can work on things that are worth investing time in (rather than chasing people to get your Internet connection fixed). This dichotomy, of my aspirations of living in a Utopian world vs the expectations from the Banana Nation where I actually live, is in one word, fucking my head. Note to self: that's three words Mr. Garg!

Coming back, here is a small list of things that has gone haywire in the last one week or less. And this is not even exhaustive.


The funny thing is that I have tried everything that I could have. I called up the cops when I got into that accident. I have tried waking up early so that I may avoid traffic and heat while going to office. I have tried complaining against Airtel at all possible forums. I have called BSES multiple times, each time getting assurance about someone fixing the bug. Have called and exhausted all travel portals, agents, Justdials of the world. And have planned and thought about what I want from life.

I guess my effort hasnt been that great and I need to do more. I dont know! All I know right now, is that, I am a very very angry young man. I now believe that the world indeed is an unfair place. Its definitely not a movie and there are no guaranteed happy endings. Reminds of that line from a song... "...yeah you bleed, just to know you're alive". I wish I had realized this while I was 20.


And end-note, please do not make impressions about me just by reading this. I want to believe that I am far saner than this. If saner is a legitimate word. I am a mere human, suffering from the curse of mediocrity, wading through life, surrounded by more vegetables and I dont even see a sliver of hope from any corner.
Posted on Monday, June 04, 2012 No comments: